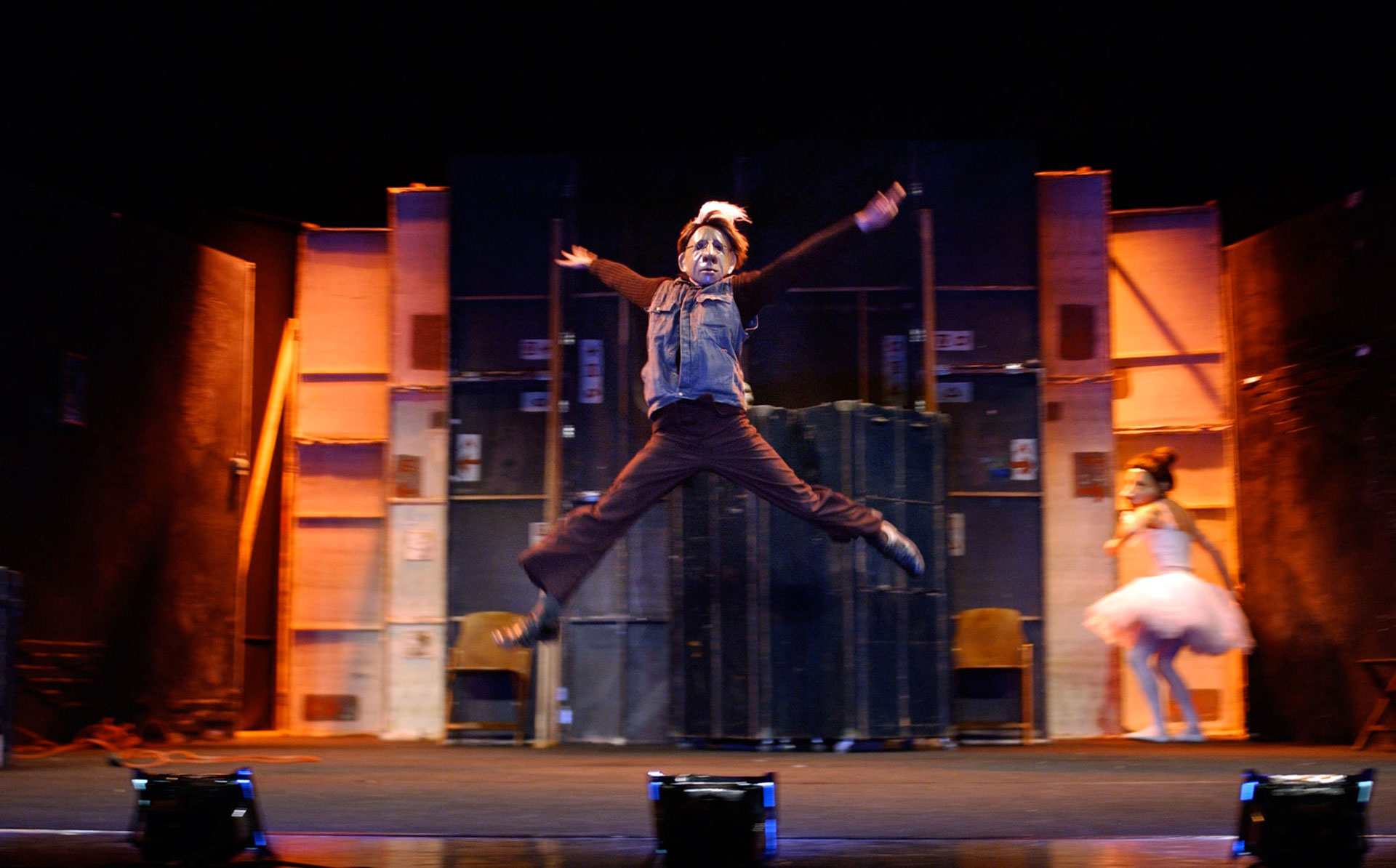 Separated from the famous stars by nothing more than scenery and curtains, three tireless technicians live out their own theatrical dreams and dramas. With their wonderfully expressive masks and amazing quick-change artistry, three actors play some thirty different characters and bring an entire theatre to life.

"The show is based on life backstage at an Italian opera house where the stagehands are, often disastrously, ad hoc performers in their own right. It is about runaway bodies, uncertain intentions, hilarious results. Again, it is a wordless show but relatively lo-tech (just as well, given that the stagehands play poor electricians, their wires in a permanent tangle). The single most beautiful moment is at the start as a puppet catches sight of a puppeteer and shies away. She then slowly turns her anguished papier maché face to stare cautiously into his eyes." Kate Kellaway, The Observer

"It’s a source of never-ending wonder that masks can convey such a myriad of human emotions. Masterful" 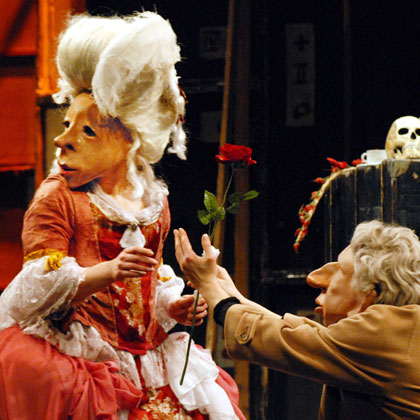 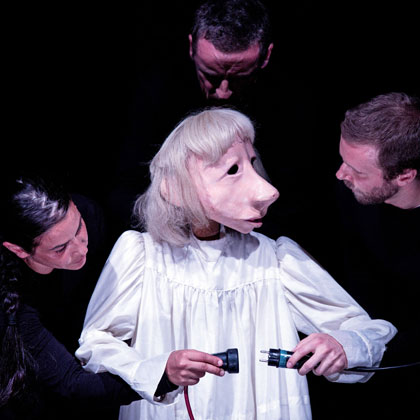 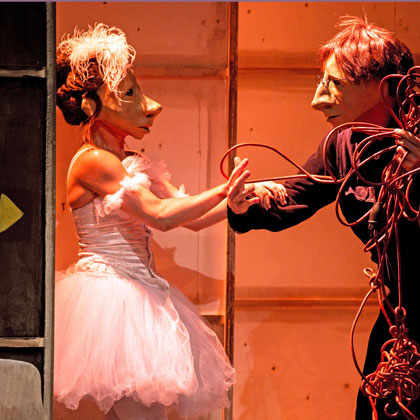