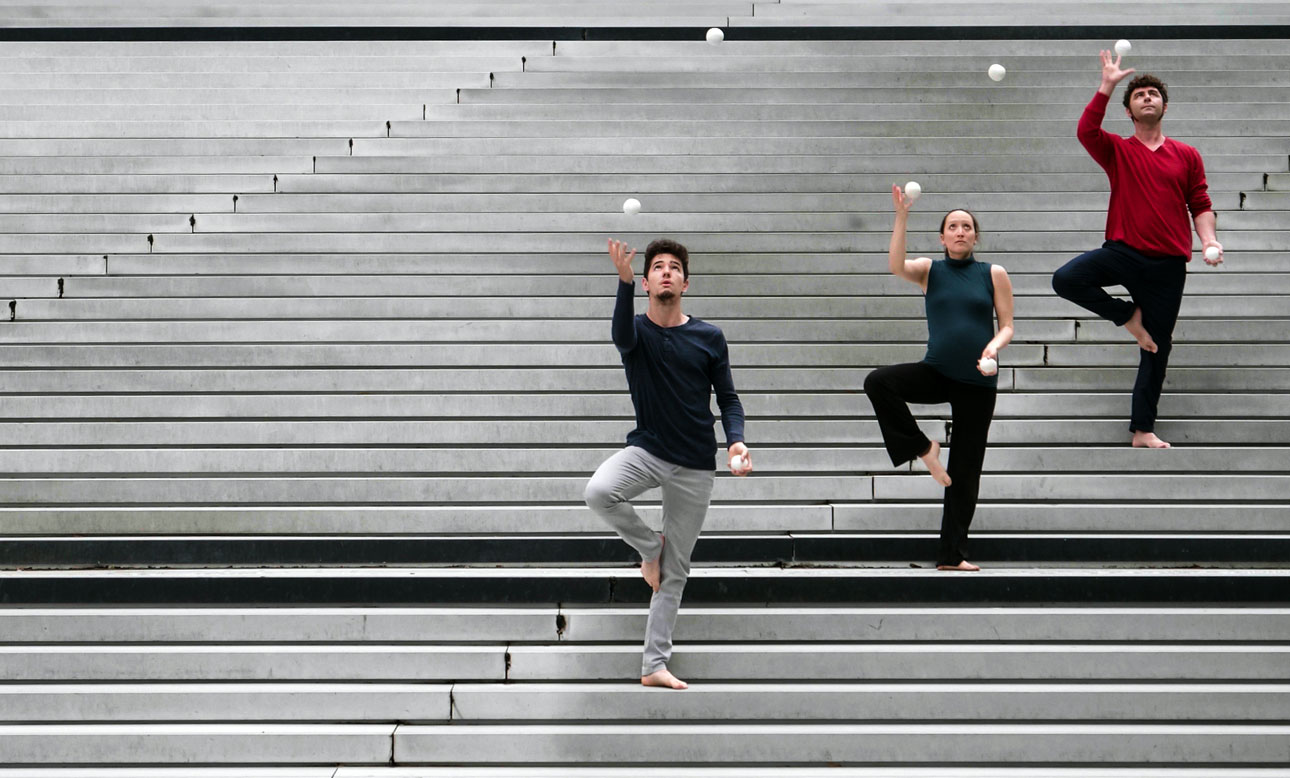 Gandini Juggling’s Smashed, its darkly humorous homage to Pina Bausch, has been in demand around the world ever since its first performance. Opening the 2022 Mime Festival, the group now turns its attention to another giant of contemporary dance, Merce Cunningham.

After three decades of being inspired by his work and wondering what a Cunningham choreographed juggling piece might have looked like, Sean Gandini and company co-founder/director Kati Ylä-Hokkala have created a work firmly rooted in the Cunningham universe, but entirely original. The soundscore is by Pulitzer Prize-winning American composer and vocalist, Caroline Shaw.

Sean and Kati are acknowledged as pioneering leaders in the field of contemporary juggling, turning a skill into a thrilling, theatrical artform. Their work has been acclaimed in more than fifty countries.

"At heart, this piece would be a love letter to one of the artists who has influenced us the most”
Sean Gandini

"At the forefront of British circus’ quiet revolution"

"Gandini Juggling are not just leaders in their field but trail blazers who have reinvented the relationship between contemporary theatre, dance and circus" 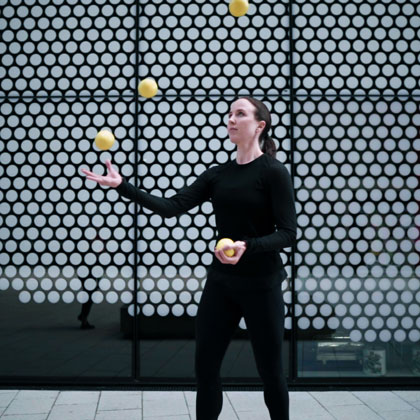 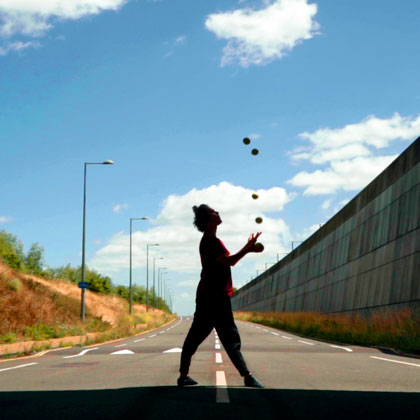 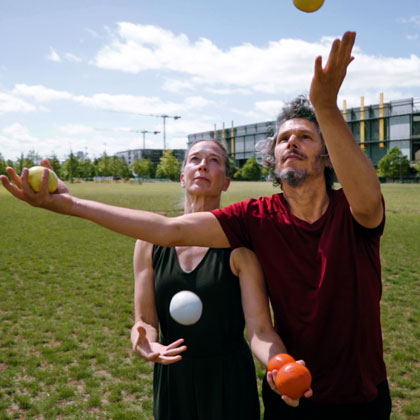 A Gandini Juggling production
in collaboration with the Merce Cunningham Trust

Presented by LIMF in partnership with Sadler’s Wells