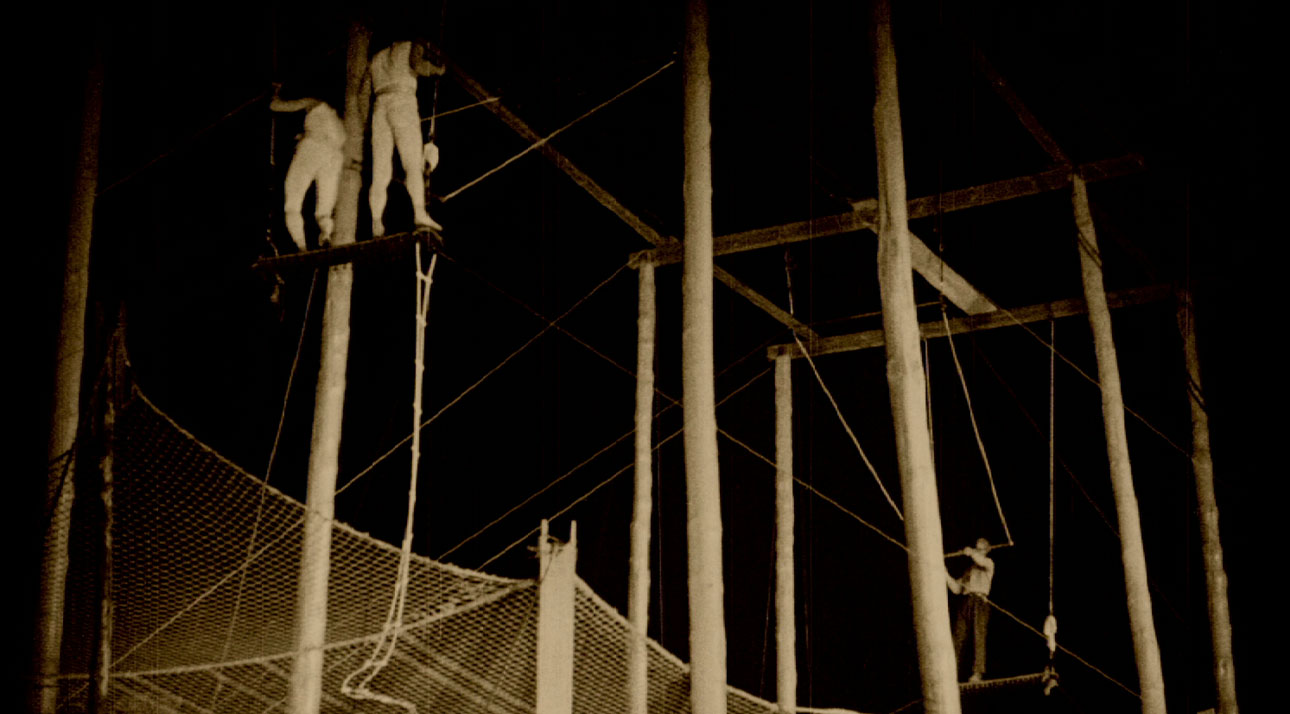 A key work of German silent cinema and an international smash on its release, E A Dupont's Varieté(aka Jealousy) is an audacious melodrama, filmed in the legendary Berlin Wintergarten Theatre.

Starring two of the eras biggest stars, Emil Jannings and Lya De Putti, the film immerses you in a world of acrobats, clowns, jugglers, dancing girls and barkers of the period. The trapeze sequences are visually stunning and demand to be experienced on a big screen.

The screening features a live musical accompaniment by acclaimed musicians Stephen Horne and Martin Pyne, who perform Horne's original score for this classic of both the silent cinema and circus genre.

Stephen Horne
Stephen has long been considered one of the leading silent film accompanists. Playing at all the major UK venues, he has also recorded music for DVD releases, BBC TV screenings and museum installations of silent films. Although principally a pianist, he often incorporates flute, accordion and keyboards into his performances, sometimes simultaneously. Stephen regularly performs internationally and in recent years his accompaniments have met with acclaim at film festivals in Pordenone, Telluride, San Francisco, Cannes, Bologna and Berlin. He has performed his score for A Cottage on Dartmoor at many venues, including New York's Lincoln Centre and Washington's National Gallery of Art. In 2011 and 2012, he was commissioned to compose ensemble scores for the London Film Festival Archive Galas of The First Born and The Manxman.

Martin Pyne
Martin Pyne is a vibraphonist, percussionist and composer. He works mainly in the areas of jazz and improvised music, and contemporary dance, though he also has extensive experience in contemporary classical music. He leads his own highly unusual trio Busnoys, in which he plays vibes and electronics, along with bassist Jim Barr and drummer Trevor Davies. His solo work has featured collaborations with Stan Sulzmann and Dai Pritchard among others. Presented in partnership
with Barbican