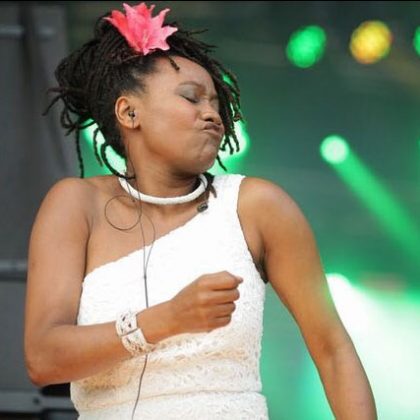 The festival may be taking a different form this year but there is still plenty going on behind the scenes so we’re bringing back our #PhysicalStoryTellers series to gain some insight into the people involved. 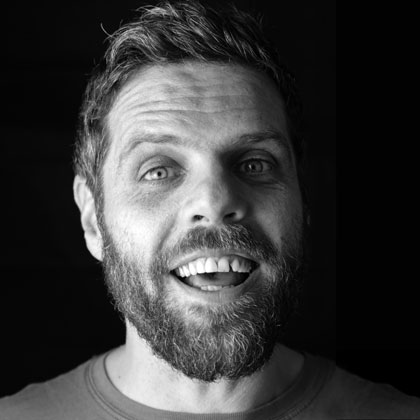 Artistic Director and Performer with Gecko, Amit Lahav talks to us for the next of our #PhysicalStoryTellers series. Shining a light on what we can expect from a Gecko show and how we can look at recent events as an opportunity for creativity.

“When you come and see a Gecko show, you sort of fall into a dream – or a nightmare, depending on your point of view! Each moment is crafted very carefully so you never know what’s going to happen next; there are always tricks and things will emerge from unexpected places. The shows are both a reflection and a comment on life, which can sometimes be a dark place. All the different elements are there to take the audience to another dimension, and as an invitation to re-imagine the world.

With every piece I make, I try not to talk too much about what I think it’s about because it’s made with a deep commitment to the notion that everyone will interpret it differently. So I have to be careful about how I talk about what it is, so I don’t create a pre-judgment of what it’s supposed to be. I’ve had people come out of Gecko shows more or less talking about their own lives without them knowing they are talking about their own lives. It’s as if the experience of watching a Gecko show is sort of like looking in a mirror and you are called upon, in a subterranean way, to articulate your own feelings about certain archetypes that get presented.

I feel emboldened by the time we are currently in. I feel very similar to when we were in a fire at the Battersea Arts Centre a few years ago and we lost everything, in that it’s shocking when it comes about but what happens to you and what your mindset is, from the few days after it happens onwards, tells you a lot about where you truly are. Because when “things go wrong” or there is adversity, there’s also always an opportunity. There’s a rip in the day-to-day routine of what you are doing, and through that tear there’s an opportunity to stretch out in a different way. When there is adversity or when there is difficulty I always think: ‘Well, here we go! What’s the potential of this moment?’”

Gecko’s 2019 festival show The Wedding features as part of the LIMF Videotheque – available from to stream for free 29-31 January. Learn more here > 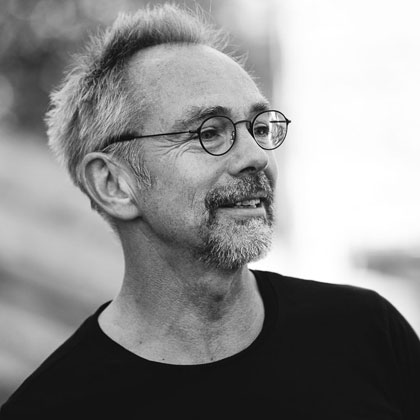 “I started off as a scientist at school, that’s what really interested me, but then I realised I wanted to be more playful than that. To me, mime was like physics but bent and stretched and tricked. I liked fooling the brain – with physics. We think that what you see is what you get, and the eyes tell the truth. But the eyes interpret what the brain is telling them and can get things completely wrong. With corporeal mime, you use the whole body to create visual magic to fool the brain into thinking there is something there which isn’t. It’s magic for eyes, that’s how I think of it anyway.

I think there’s more to life that what we can see. There are other forces and things at work that are invisible – whether that’s religious, music, magnetism, efforts, thoughts, feelings. With mime, you can show the invisible – and all without a spoken language, so it’s worldwide and appeals to all humans because we can all relate to it.

Mime also tickles the brain in a way that opens it to new things. When you see a good mime or some illusion created well, you think: ‘Wow, that’s not possible!’ Your brain starts firing off new synapses, finding new ways to literally get its head around what is happening. And when the brain is fooled like that, there’s the response of a comedic reaction. You often laugh or gasp. Or you can just be laughing your head off, thinking: ‘That’s impossible but I’m looking right at it!’

There are various statistics about how much we understand without hearing actual words. I think the estimates are generally between 70% and 90% percent in the things I’ve read. So a lot is said physically with the body. I really want the next generation of performers to get hold of what it is to do a good mime or be able to mime before all the old people who know it are gone.” 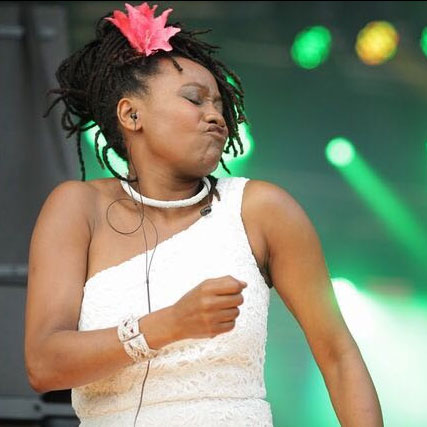 “The mime festival is about physicality, so I think the film [I have worked on] will give people the understanding that storytelling doesn’t have to be verbal. People don’t have to be hooked on the spoken word in order to understand the narrative that runs through a certain piece of work. It can be through movement or sign language.

Not a lot of people realise that British Sign Language and sign languages all over the world have their own grammatical structure and syntax. They are an actual language, not gestures and random movements. And hopefully the film will inspire people to think about how they make work, and how to incorporate sign language, not as at add-on, but as something at the forefront of their creation.

The biggest misconception around the use of sign language and its incorporation into theatre, is that people who aren’t familiar with the process think it’s going to be an onerous task. And they think it’s not going to be in keeping with the production. But if the interpreter is integral to the production – and by interpreter I also mean deaf performers, who could either be in the production as a narrator or as a character – there is no reason why any production can’t be accessible to a wider deaf audience. The Royal Shakespeare Company do it very successfully. As does Graeae, and of course, Deafinitely Theatre.

Great strides have been made, but not enough. Even now people are saying ‘Oh wow, you can get the interpreter into the production!’ as if it’s a new thing. It’s not a new thing. I’d like to see more people being brave, more theatre makers being curious and understanding how to use deaf actors as an integral part of the production, and how beautiful that will look.
I’ve interpreted for Michelle Obama and Angela Davis… but the Mime Festival gives audiences a great deal of meaning that transcends borders, transcends people, transcends race: it opens up art to so many more people”

Jacqui is giving a talk as part of this year’s festival on 27 Jan: Booking a BSL Performance >
She also features in one of the festival’s five short films, signing Little Jimmy Scott’s Nothing Compares 2U, filmed by Jaco Van Dormael. More info to follow.